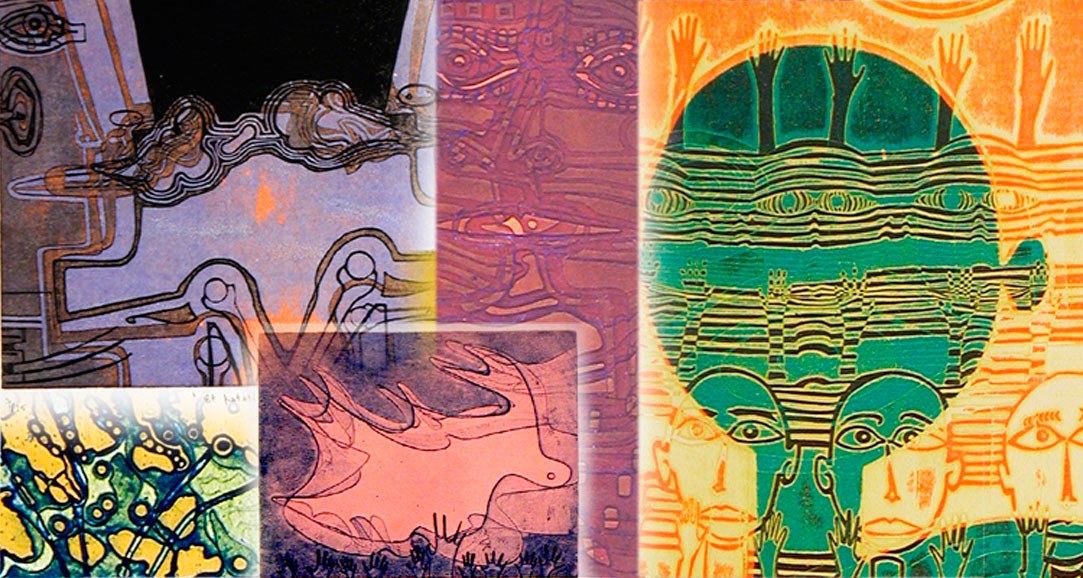 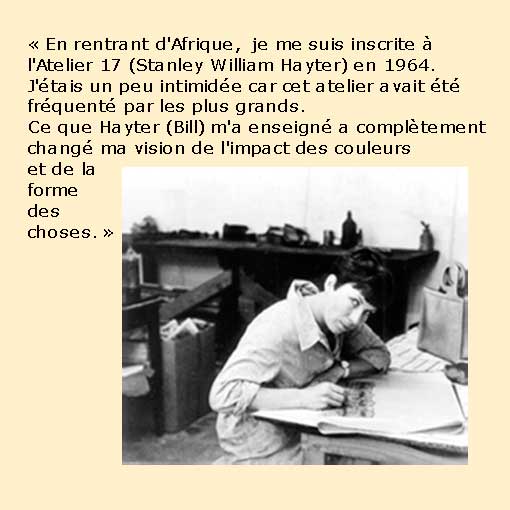 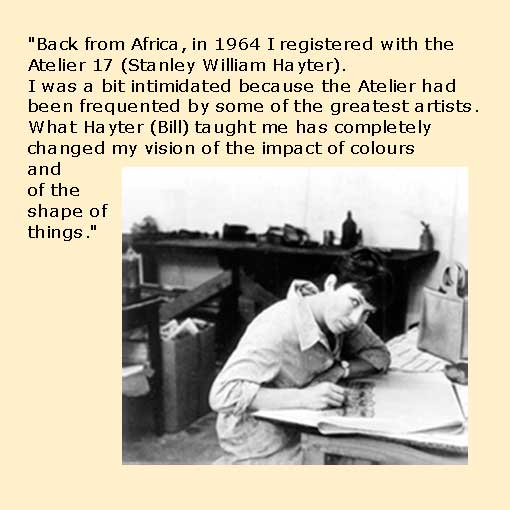 “In printing, one had to start with working for a certain amount of time on the copper or zinc plate which would serve as matrix. In the case of etchings, it was with varnish and acids. Using acids, I was in fact uncomfortable with the lack of spontaneity, which would transpire from the result, contrary to the imprint of the burin that the great engravers would leave, of which S. W. Hayter was part.

The finished plate was like a bas-relief to the touch. Once the plate was inked with rollers one would place the paper on it and pass it through the press.

The teaching of Stanley William Hayter has left a deep imprint on my work… In the Atelier 17 , the study of the reactions and interferences of the colours amongst each other was experimented to its utmost.”

ACCES A LA GALERIE ~ PROCEED TO THE GALLERY ►