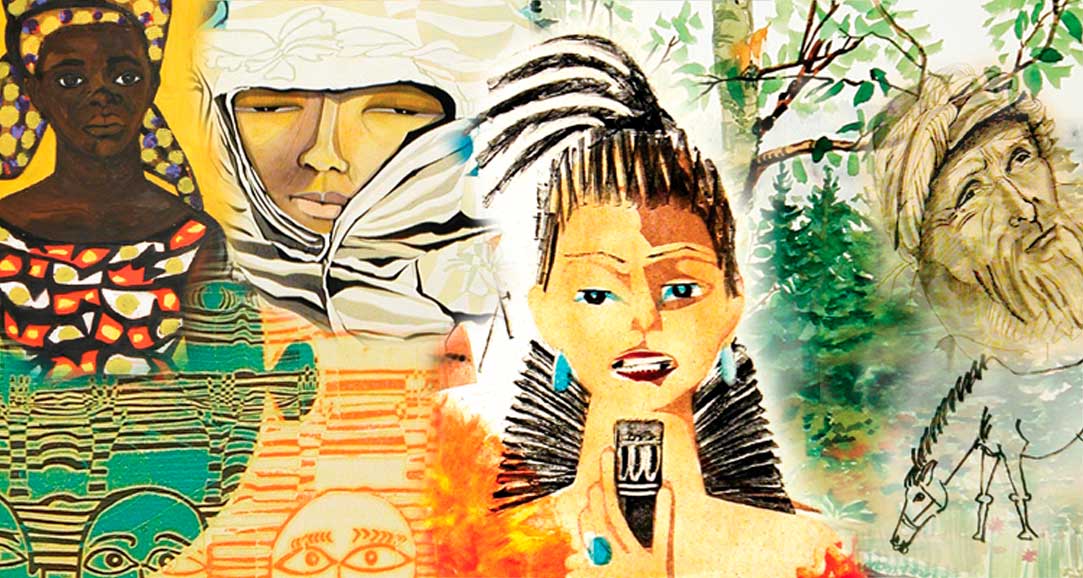 Fifty years of creation searching the synthesis between the lyrical and geometric abstraction of the fifties and the contemporary figurative. Techniques as different as monoprints, acrylic, etching and watercolour – each corresponding to a specific phase of her creation. 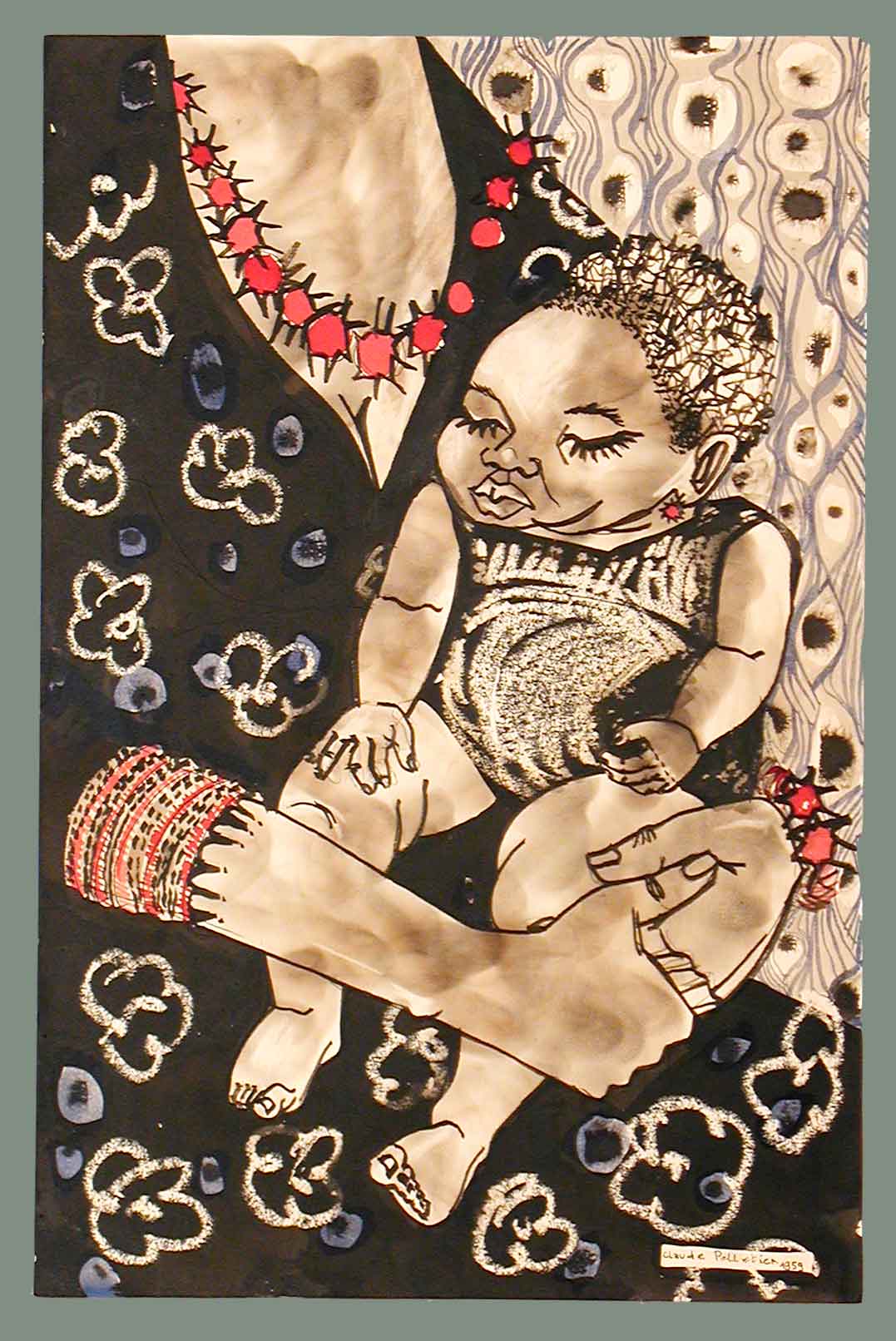 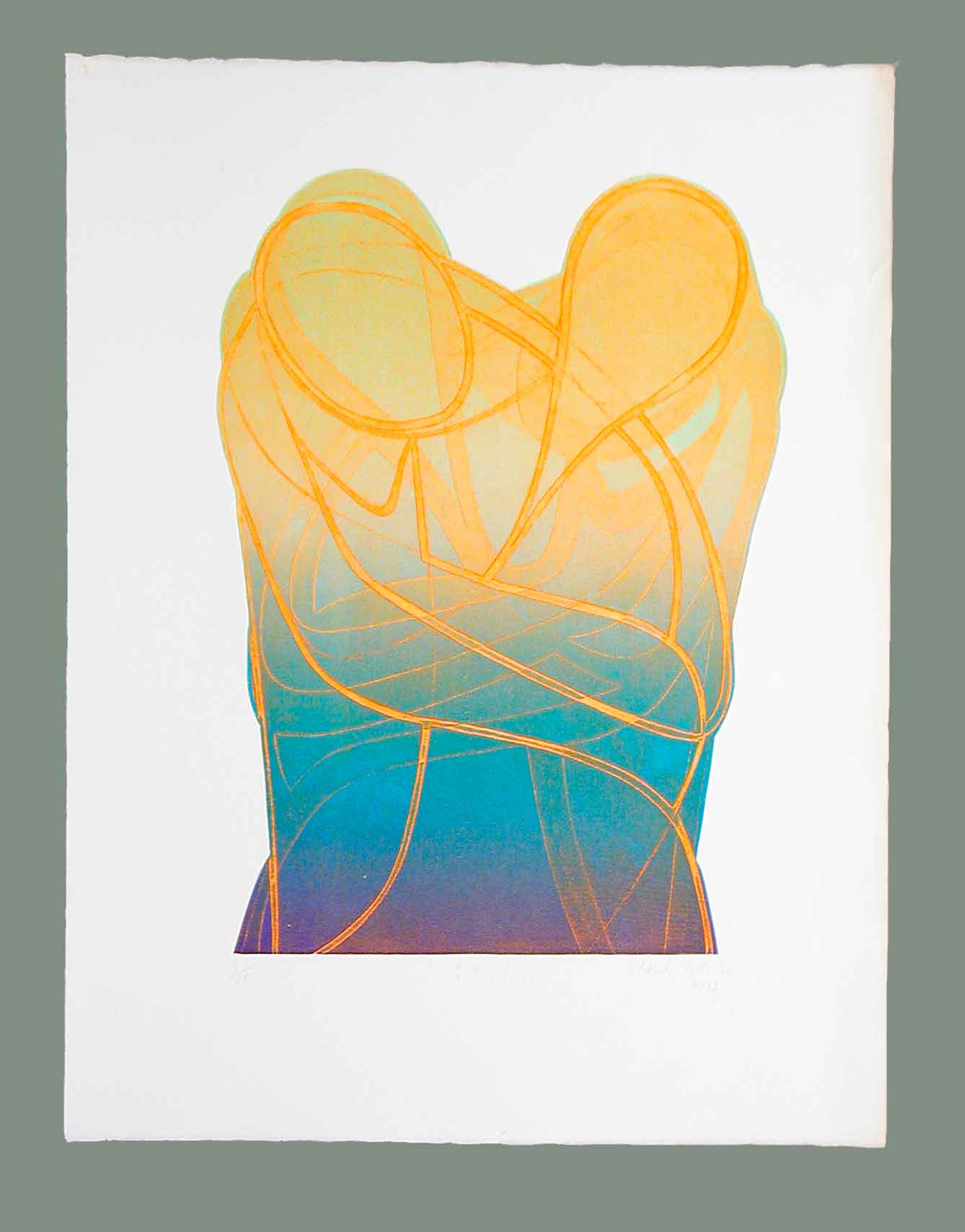 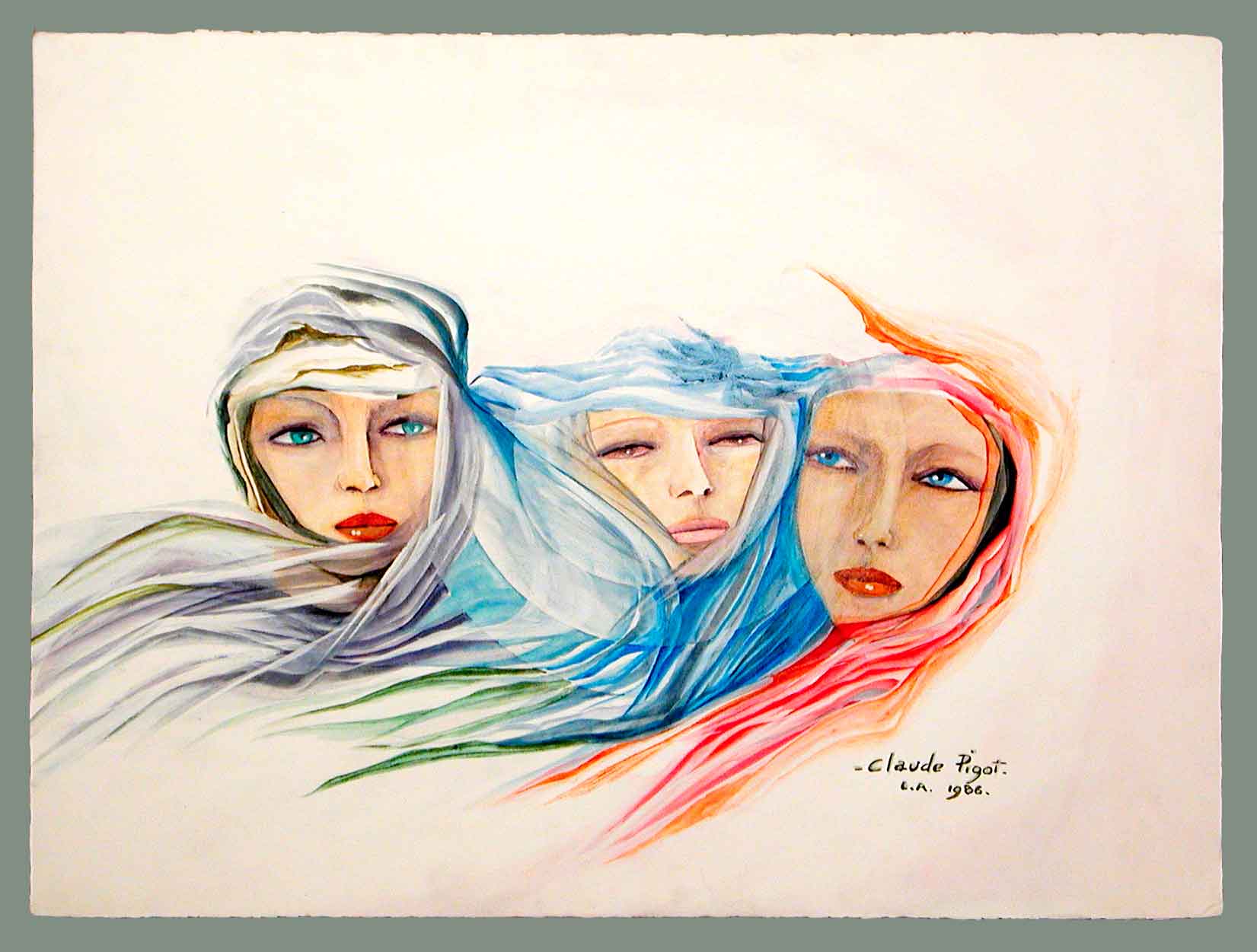 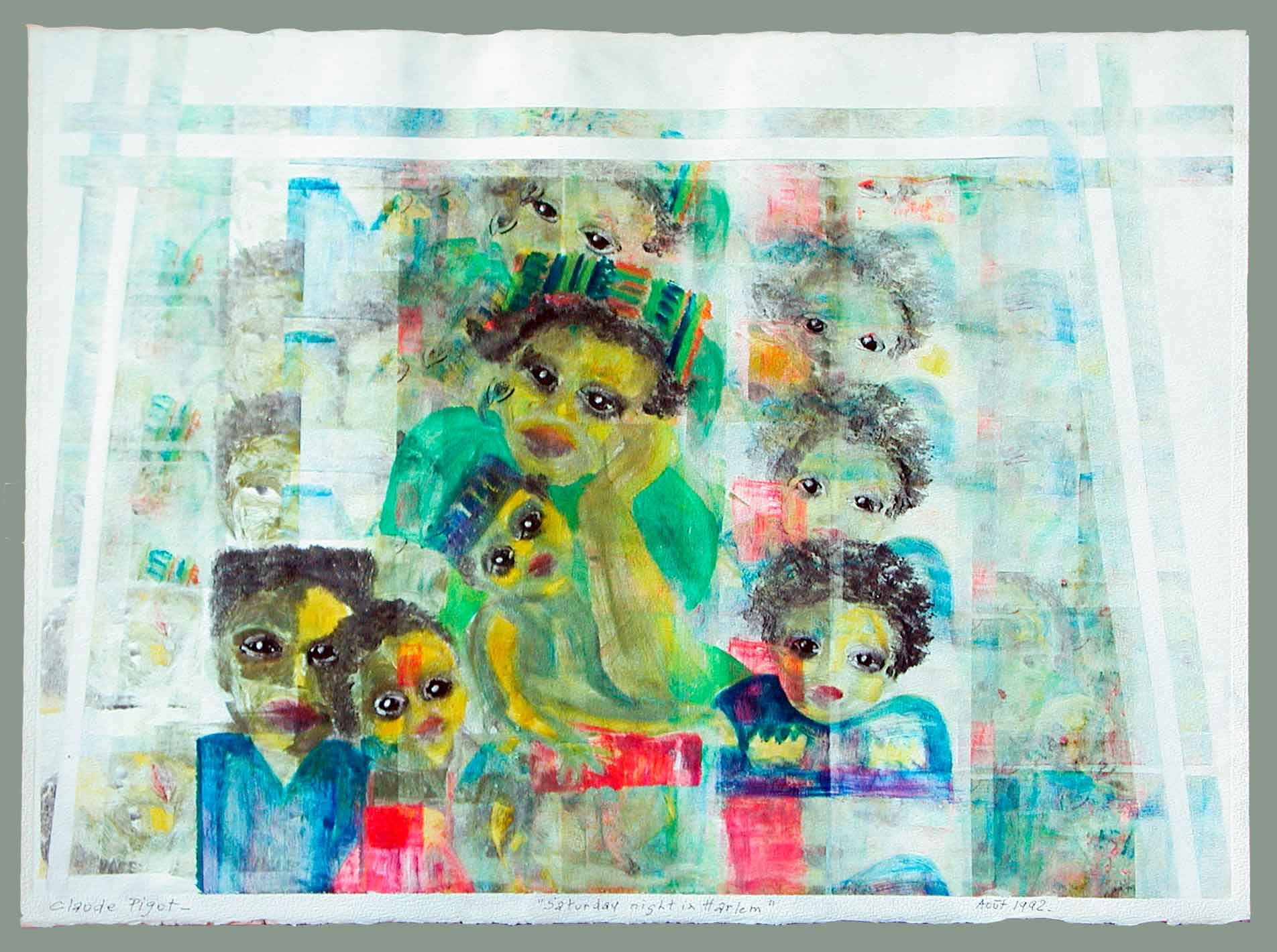 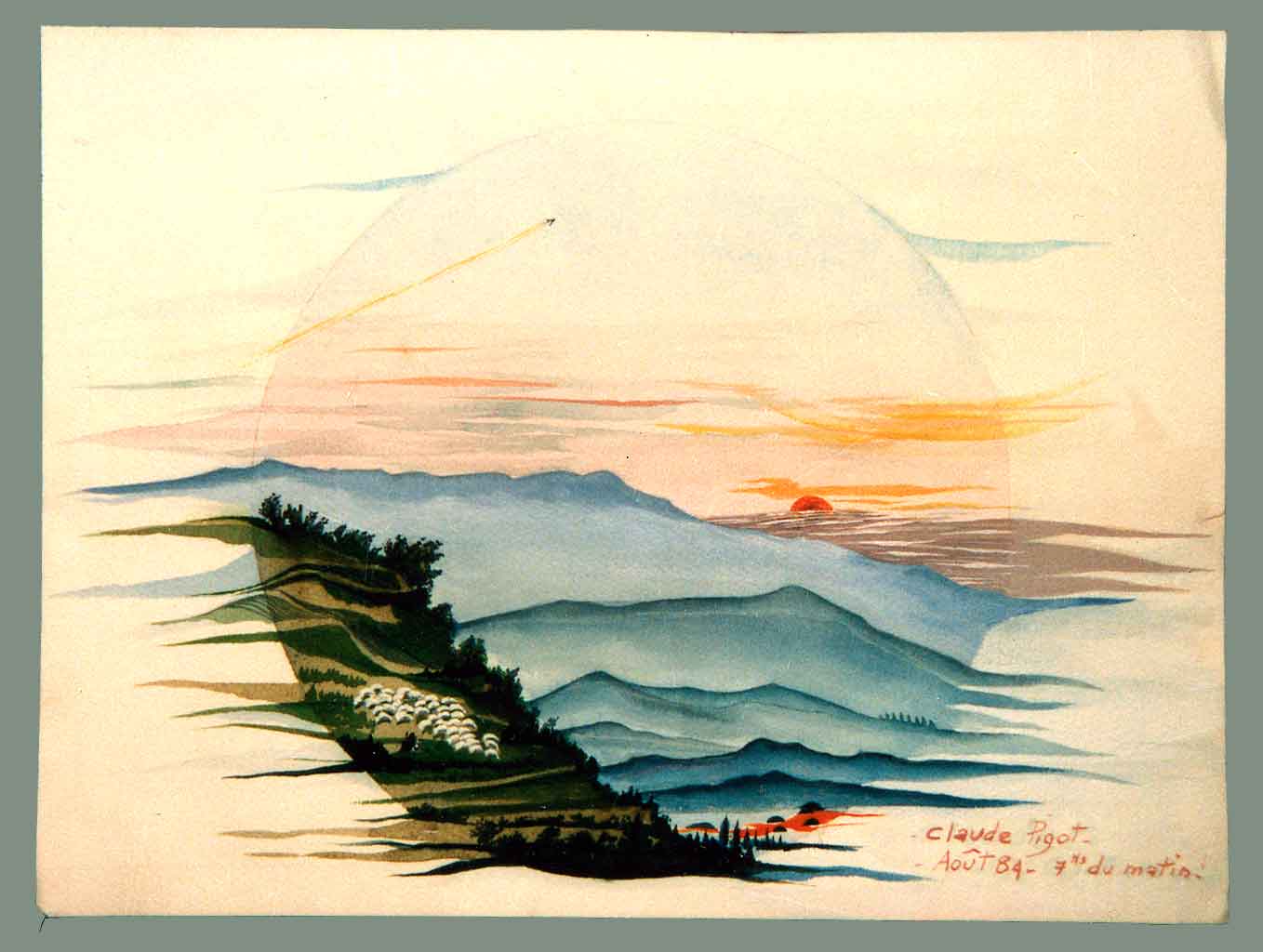 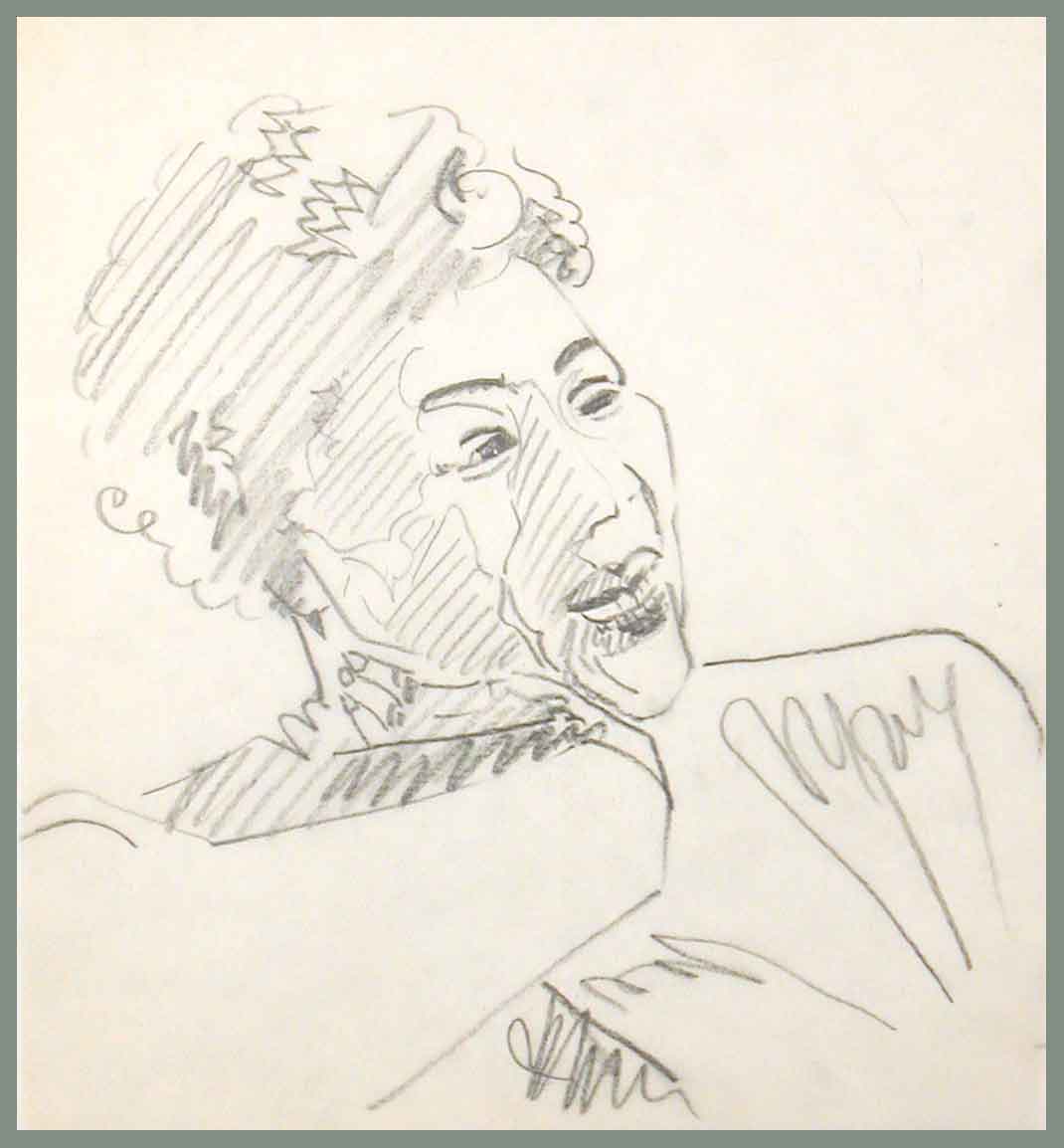 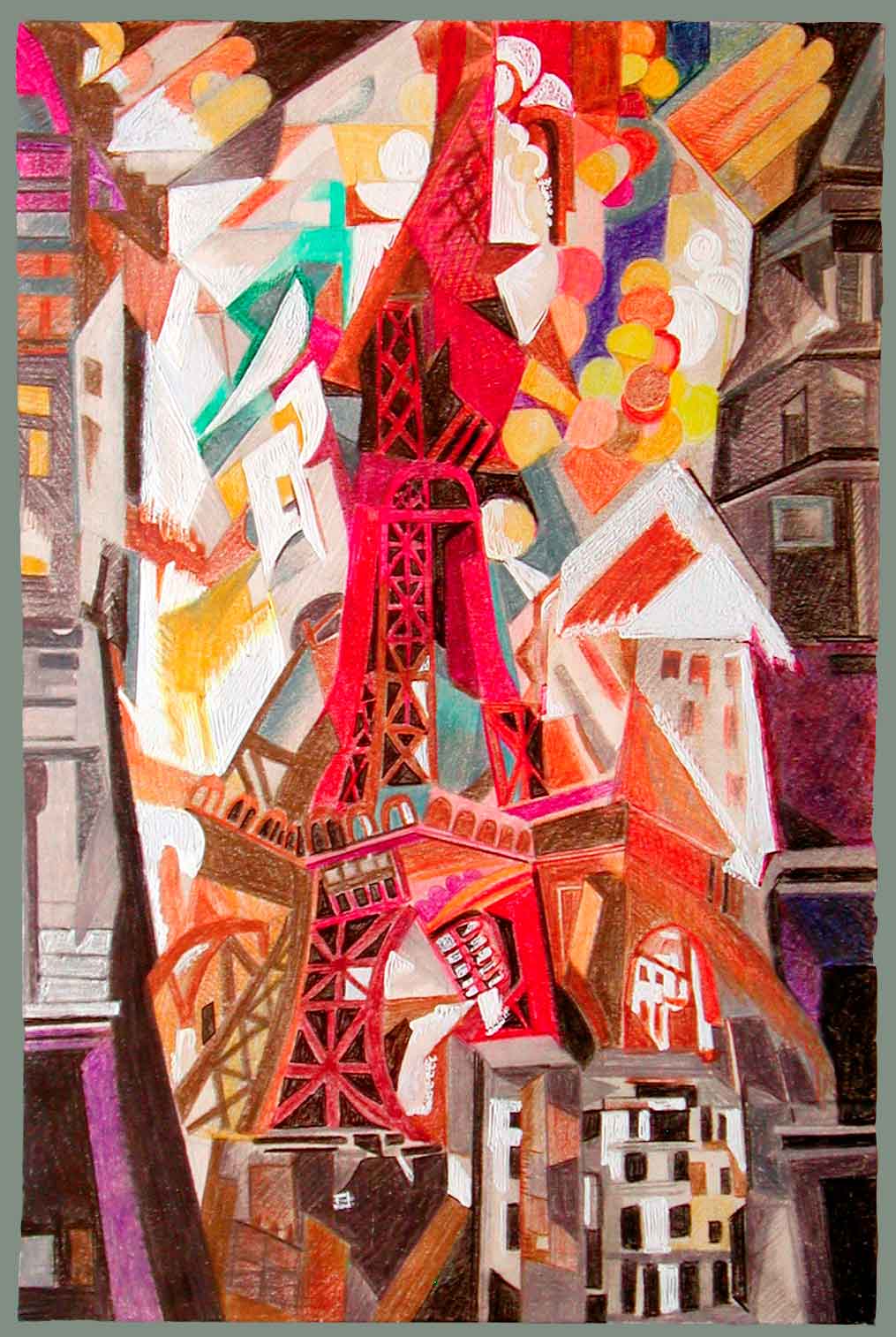 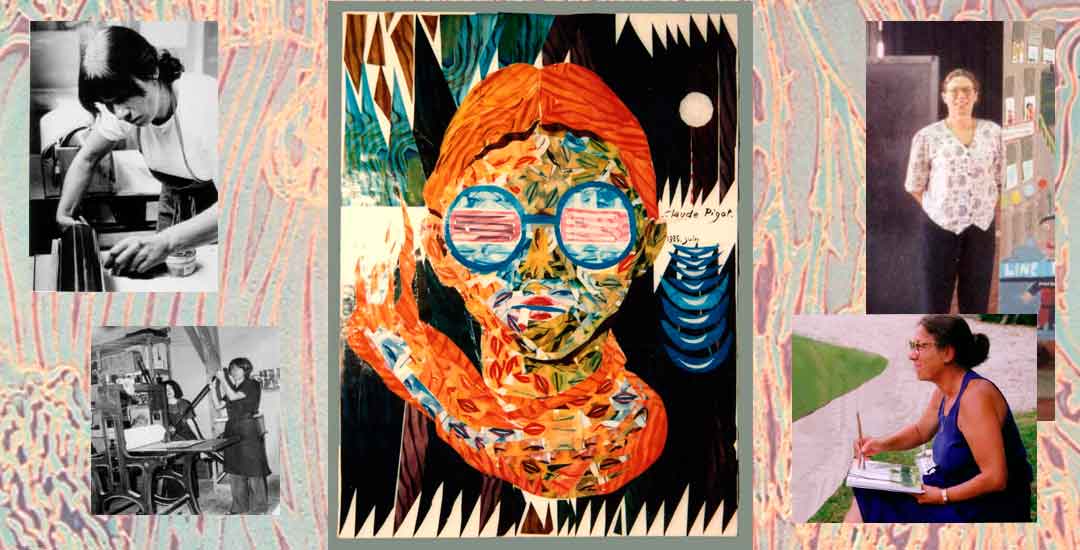 Born in Versailles in 1932 († 2008), trained in Paris at Met-de-Penninghen’s workshop (Julian Academy), the at the Métiers d’Art with Darnat, she finally opted for painting. In 1956, she leaves for Africa where she exhibits for the first time in Dakar (Senegal). She also teaches plastic arts in Abidjan (Ivory Coast). These four “African” years leave an indelible imprint on her work.

In 1964, she meets Stanley W. Hayter with whom she works for 6 years on engraving techniques at the “Atelier 17” in Paris. This encounter has a decisive influence on the rest of her work and its meaning. Her work can be defined as the search for the synthesis between the lyrical and geometric abstraction of the fifties and the contemporary figurative.

She isolates herself voluntarily from 1970 onwards in a village of the Drôme (south-east of France) where she opens an engraving workshop. Later in 1982, she visits India and stays in an ashram. Those years lend more power to Claude Pigot’s work, which matures into its own symbolism.

In 1987, she leaves for New York City. She works at the Printmaking Workshop of Robert Blackburn, lithographer, ex-student of S. W. Hayter and pope of New-York engraving. She also teaches in a charity school in Harlem for underprivileged African-American children. She returns to France thirteen years later.

Prize
Engraving prize at the 3rd Biennale of Bordeaux (France)